A few words on the designs that you see on our colorful, hand-painted earthenware. Most of the creatures in these designs live in our amazing Aravaipa desert in Southeastern Arizona. Note that these designs vary across pottery pieces. 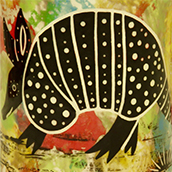 Armadillos prefer warm, moist climates, and thrive in forested areas and grasslands. Because they must dig for their food and shelter, they generally gravitate towards areas with loose, porous soil. Armadillos use their strong claws to dig several burrows throughout their home range in which to live and seek refuge from extreme weather or predators. Armadillos are mainly insectivores, with over 90% of their diet consisting of animal matter, like insects and other invertebrates. They’re also known to eat the occasional reptile or amphibian – especially in colder weather. We first encountered Armadillos while traveling in Texas.

In native southern regions, armadillos are nocturnal year-round, keeping cool underground during the day and foraging at night. However, because of the armadillos’ relatively low body temperature, the nine-banded species in North America tends to change its habits in the cooler months and emerge during the day to take advantage of the warm sun. The three banded armadillo instinctually rolls itself into a ball when threatened, completely enclosing its body in its armor-like shell to defend against predators. When frightened, nine-banded armadillos will jump vertically about 3-4 feet in the air. Scientists believe this is a defense mechanism for scaring potential predators. They can live 20 years in captivity. 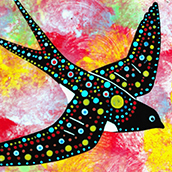 Barn swallows feed on the wing, snagging insects from just above the ground or water to heights of a hundred feet or more. They fly with fluid wing beats in bursts of straight flight, rarely gliding, and can execute quick, tight turns and dives. When aquatic insects hatch, barn swallows may join other swallow species in mixed foraging flocks. Their sturdy adobe mud nests are popular with many species of nesting birds, who move into the empty nests when no barn swallow is around to protest. Barn swallows migrate every year. As winter ends and spring approaches, most barn swallows start their migration journey north, leaving their wintering grounds in South and Central America in February, and arriving at their summer breeding grounds by late April to early May. 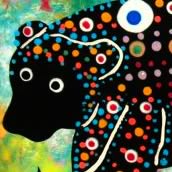 The bear is one of the most powerful and frequently appearing characters in Native American stories. Usually, Bear is associated with healing ceremonies and medicine societies. The Pawnee (Plains) legend of the Bear Medicine Woman tells the story of the Bear Ceremony and the Bear Dance. Bear Medicine Woman loses her first three children because the medicine people of her camp cannot cure them. She meets a bear beneath a cedar tree who tells her to follow him to his lodge. There, he promises her two more children, and gives her the power to heal the wounded by blowing colored breath on her face. The female bear hugs her and tells her how to use cherry, hackberry, and blueberry for healing. Bear Medicine Woman returns to her camp, where she and her husband heal many wounded men and make them members of the Bear Society. She also teaches her son the bear mysteries, and he becomes leader of the Bear Ceremony. Most often, the purpose of the Bear Ceremony is to cure illness and to petition for long life. The Bear Dance, an important part of the ceremony, may involve dancers wearing bearskins or masks and imitating the shuffling or waddling walk of the bear. 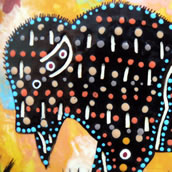 The bison or American Buffalo is a symbol of abundance and manifestation. The bison usually follows the easiest path. Bison energy shows us that when we join right prayer with right action and follow the easiest path in our own lives, our goals can be achieved. However, the Bison is very unpredictable and can be dangerous. This can serve as a warning about keeping grounded as we work toward completing projects. Bison energy reminds us to be grateful for the abundance we already have in our lives and to allow the natural flow of energy to bring our desires to fruition. 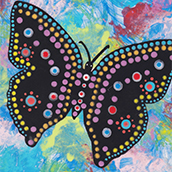 As it transforms from a rather fat unwieldy caterpillar into a beautiful flying butterfly, the butterfly is the embodiment of spiritual growth and transformation. The butterfly symbolizes the path of setting everything that was once known aside to embrace a new way of being. The butterfly totem is here to guide us on our journey, as we let go of the past and self-destructive thoughts and behaviors and move toward becoming more compassionate and aware. Butterfly represents grace, beauty and personal growth, and demonstrates the magic of transcendence. 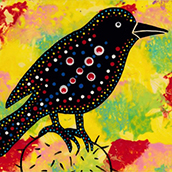 Male and female cactus wrens mate for life and are similar in appearance. They protect their established territory (where they live throughout the year) and aggressively defend their nests from predators. Cactus wrens also destroy the nests of other bird species, pecking or removing their eggs. There are many symbols that have been attributed to the wren by the Celts, some of which include creative, quick, active, free spirited, friendly, determined, light-hearted, quick witted, and always willing to share. Wren reminds us of the medicine of using what is available to us and shows us the most effective ways to build in our own circumstances and environment. 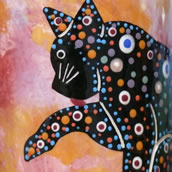 The cat is admired for its independence and prowess as a hunter. Cats have been companions to humans for thousands of years. In Egypt, they were highly valued for their ability to kill rats and mice that got into the food storage bins. Cats are respected mousers, though they love to hunt birds and other moving things. Cats are night creatures and their reflective eyes may have contributed to superstitions about their magical nature. Territorial, contrary and affectionate on their own terms, cats continue to amuse and receive lavish devotion from their keepers today. All cat pieces are hand made by Mana founder, Immanuel Trujillo, who has been making art in the southwest for over 50 years. 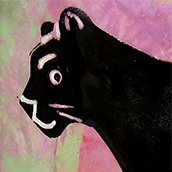 The cougar (Puma concolor) is a large cat native to the Americas. Its range spans from the Canadian Yukon to the southern Andes in South America, and is the widest of any large wild terrestrial mammal in the Western Hemisphere. It is an adaptable, generalist species, occurring in most American habitat types. Due to its wide range, it has many names including mountain lion, puma, red tiger, and catamount. It is the second-heaviest cat in the New World after the jaguar. Secretive and largely solitary by nature, the cougar is properly considered both nocturnal and crepuscular, although daytime sightings do occur. The cougar is more closely related to smaller felines, including the domestic cat (subfamily Felinae), than to any species of subfamily Pantherinae, of which only the jaguar is extant in the Americas. 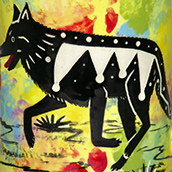 Wolves are intensely loyal, mating for life. They are supportive of their mates and participate in feeding and caring for their young. Wolves maintain a healthy environment, culling the weak and sick wildlife, making for a strong biosystem wherever they are. They exhibit intelligence, loyalty and communication. Of all land animals, the Wolf is believed to have the strongest supernatural powers and is the most accomplished hunter. 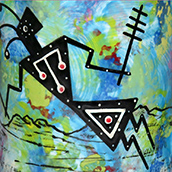 The Yei symbol represents the Navajo Yei Spirit who mediates between humans and the Great Spirit. The term Yei derives from the word Yeibicheii meaning the “Holy People.” Depictions of Yei were commonly created on Petroglyphs and Sand Paintings, in order to enlist their aid. Yei spirits were believed to control natural elements such as the rain, snow, wind, and sun and to have healing powers.